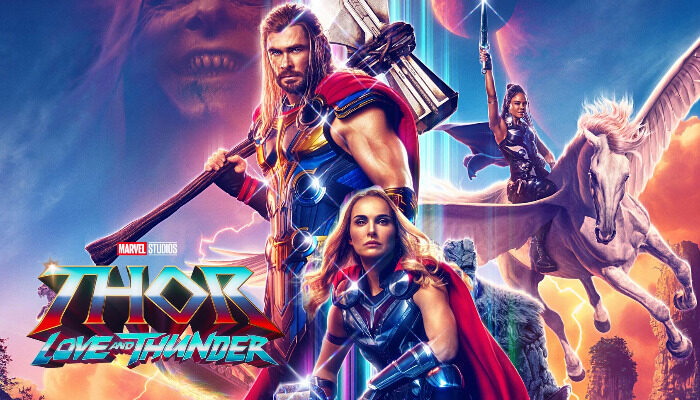 Thor is on a quest for inner tranquility that is unlike anything he has ever experienced. But an assassin from another galaxy known as Gorr the God Butcher, who wants to wipe off all gods, interrupts his retirement.

Thor engages the aid of King Valkyrie, Korg, and his ex-girlfriend Jane Foster to defeat the threat. To Thor\’s surprise, Jane Foster mysteriously wields his magical hammer, Mjolnir, in the role of the Mighty Thor.

Together, they set out on a perilous cosmic quest to unravel the truth behind the God Butcher\’s retaliation and put an end to him before it\’s too late.

Pinocchio is a 2022 American musical fantasy comedy film and it\’s about a wooden puppet who embarks on a thrilling adventure to become a real boy.

In the film, a father (Dr. Nate Daniels) and his two teenage children are being pursued by a large renegade lion who wants to show that there is only one apex predator in the savannah.

Dr. Nate Daniels, a newly widowed husband, takes their girls on a long-planned journey to South Africa, where he first met his wife, to a game reserve run by Martin Battles, an old family friend, and wildlife biologist.

But what starts as a healing journey quickly turns into a terrifying battle for survival when a lion begins stalking them. This lion is a bloodthirsty poacher\’s survivor, and he now views all humans as his enemies.