Movie night: Something for everyone 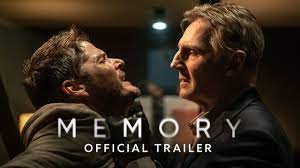 It\’s another movie night!! And a perfect time to unwind from the week\’s stress

what could be better than grabbing a bowl of popcorn with some nuts and taking a comfortable position on the couch to watch and enjoy amazing movies.
let’s get to the list of movies for today

The first movie to make the list today is:

Alex, an assassin-for-hire with early-onset dementia finds out that he\’s become a target after he declined to work for a dangerous criminal organization. Alex has the skills to stay ahead of the crime syndicate and the FBI, except for one thing: he is suffering from dementia, which is affecting every of his move. Alex will have to question every of his move and determine who he can trust in the end
Click here to download the full movie

The second movie to make it to the list is

Good Mourning is a 2022 American romantic comedy film directed by Machine Gun Kelly, and Mod Sun. It stars Mod Sun, Machine Gun Kelly, Colson Baker, Zach Megan Fox, and Dove Cameron.
Running time: 1h33min
Released date: 20, 2022.
Genres: Comedy, romance.
A movie star whose world is turned upside down when he had to choose between pursuing his only true love and landing a life-changing, role in a major motion picture.
Click here to download the full movie

Ayinla is a musical eponymous film directed by Tunde Kelani and it stars Edunjobi Abdulganiu, Adebowale Adebayo, and Lateef Adedimeji. The film is based on the life of a Nigerian musician Ayinla Yusuf popularly referred to as Ayinla Omowura. He uses His music known as Apala music to address the issues of contemporary society. He uses his music to criticize and commend various governmental and individual acts. He got stabbed by his manager named Bayewu in a bar fight on May 6, 1980, at Abeokuta, Nigeria. To find out more about the movie,
Click here to download and watch the full movie.