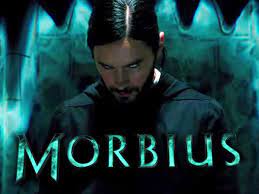 Morbius is a must-watch American superhero film based on the Marvel Comics character of the same name. Released on the 1st of April 2022, and Directed by Daniel Espinosa. It stars Jared Leto alongside Matt Smith, Adria Arjona, Jared Harris, Al Madrigal, and Tyrese Gibson.

In the film, Morbius and his surrogate brother Milo become living vampires after curing themselves of a rare blood disease.

The plot follows a 10-year-old Mobius who welcomes his surrogate brother Lucien who later changed his name to Milo at a hospital in Greece.

Mobius bonded so well with his brother Milo because they shared the same blood illness and they desire to live a normal life.
Their adoptive father planned with Nicholas, the hospital director to send Mobius to New York to study in a medical school while he, the father focuses on taking care of Milo.

After 25years, Mobius publicly rejects a noble price for his work with synthetic blood. His colleague found out he secretly has dozens of vampire bats he captured from Costa Rica. Mobius aimed to use the bat\’s Gene with his Gene to cure his condition.
Mobius informed Milo his surrogate brother about his plans, Milo gave him funding to proceed.
The cure turned Mobius into a vampire which in turn made him kill and suck his crew members\’ blood when they attacked him out of fear.

After a while, Mobius returned to New York and found out he has superhuman strength, speed, echolocation, and reflexes.
To control his lust for blood, he feeds on his synthetic blood until it ceases to satisfy him.

Milo, Mobius\’s surrogate brother finds out that Mobius is cured got angry when his brother Mobius refuses to cure him as well.
He went ahead to cure himself by killing a nurse in the hospital.
Mobius thought he killed the nurse when he went to check up on Bancroft who was hospitalized.
Mobius was arrested and taken to prison where he realized it was his brother Milo who killed the nurse. He escaped from the prison to confront his brother who was unrepentant about his actions…
To watch the full movie