COLUMBIANA: why cataleya grew up to become an expert assassin. 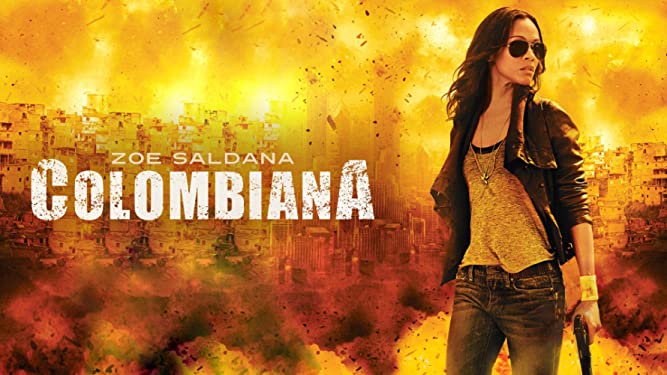 This movie tells the story of a young girl who witnesses the death of her parents. She then becomes an expert assassin and sets out to exact vengeance on the perpetrators.
A drug lord named Don Luis was seen having a serious conversation with his colleague and his boy, a man named Fabio, at the time. They both talked about flash drives that contain vital information about their company. After receiving the flash drive, Fabio expressed his desire to leave his criminal life in order to live as an ordinary man with a happy family.

Don loiuis smiles and lets him go, but he\’s not pleased with his recent decisions. He then assigned macro, his right-hand man, to assassinate Fabio because no one ever leaves the Don Luis cartel. Fabio is already aware of what his boss, Don Luis, is capable of doing to anyone who dares to leave the cartel. He races home with three of his loyal guards. When he returns home, he informs his wife, Alicia, that it is time. He also tells his daughter Cataleya that if anything goes wrong, she should go to the American embassy and hand over the microchip. Don\’t luis\’ illegal activities are all documented on the microchip. He informed his daughter that the microchip is her passport. He went on to give her the address of someone she should meet in Chicago. Then he wore her his necklace with the cataleya flower on it. \”Never forget who you are,\” he said to her.
Macro and several cartel members arrive a few minutes later and slaughter Fabio\’s men. Fabio and Alicia were also killed right in front of Cataleya, who was sitting still at the table,  she swallowed the microchip immediately. Macro then approached Cataleya, pretended to be friendly, and inquired about the flash drive containing a copy of the information about the Don Luis drug business

Cataleya, on the other hand, bravely grabs a knife from beneath the table and stabs macro\’s hand before fleeing. Cataleya slinks through a window and onto a ledge. Her parents apparently taught her survival skills in case something like this happened. After successfully evading Don Luis\’s men, Cataleya went to the United States embassy, where she was assigned to an agent who inquired about her father, to which Cataleya replied that he was dead.
When the man asks if her father has anything, Cataleya quickly forces herself to vomit and hands him the microchip.

The agent verifies that the microchip contains all of Don Luis\’s activity records. The agent, shocked, asked if she knew what she had, to which Cataleya replied, \”my passport.\”
After handing over the flash drive her father had given her to the embassy staff, she was finally granted entry into the United States and given a new identity. Despite the fact that American officials attempt to place her in the foster care system. While escorting her, she requests to use the restroom and flees through the window. She buys a bus ticket to Chicago, as instructed by her father.
She goes to a fast-paced neighborhood and asks for Emilio.
Fabio\’s brother and her uncle is Emilio….

Relax and chill this weekend with this thrilling movies