About Time: Tim lake tried to change his past with time travel. 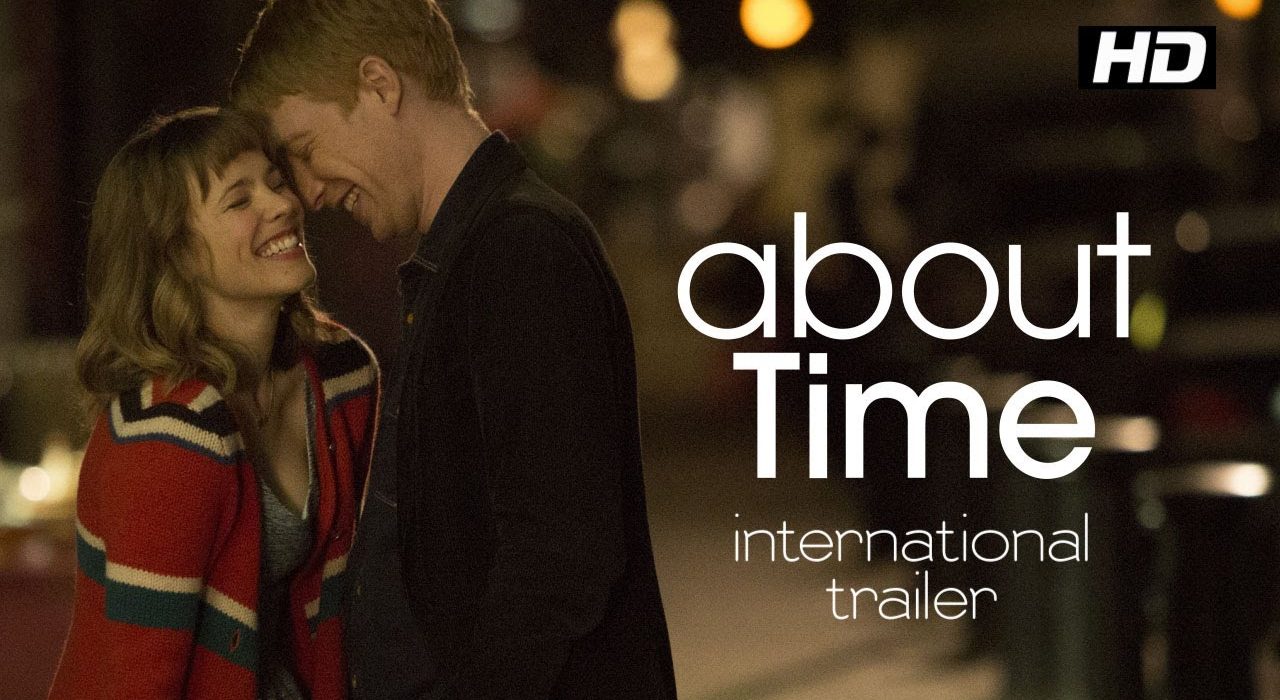 This movie is about a boy called Tim Lake who grows up in Cornwall, in a house close to the sea with his father James, mother Mary, absent-minded uncle Desmond, and free-spirited sister Katherine (\”Kit Kat\”).he has a lovely childhood followed with repeated and pattern of sipping tea, skimming stones and eating a sandwich at the beach up till his 21st birthday.

On his 21st birthday, Tim had a close discussion with his father that the men of his family have the secret ability to travel back in time, they can travel to the moments they have lived before. James, his father also discourages him from using his gift to acquire money or fame, and Tim decides he will use it to improve his love life.

The following summer, Katherine\’s friend Charlotte visits. Tim instantly falls in love with her, but waits until the end of her stay to tell her how he feels; she tells him that he should have told her earlier. Tim travels back in time to tell Charlotte in the middle of the holiday, but she advises him to wait until her last day. Tim is heartbroken when he realizes she is uninterested in him, and that time travel cannot change her mind.

Tim moves to London to pursue a career as a lawyer, living with his father\’s friend, Harry, an angry misanthropic playwright. Tim visits a restaurant, where he meets Mary. they flirt in the darkness, and afterward, Mary gives Tim her phone number.
Tim returns home to meet Harry in distress. Harry was saddened because the opening night of his new play has been ruined by an actor who forgets his lines. Tim goes back in time to put things right for Harry and the play is a success

later on, when Tim tries to call Mary, he discovers that by going back in time to help Harry, the evening with Mary never occurred. He recalls Mary\’s obsession with Kate Moss and finds Mary a week later at a Kate Moss exhibition. However, he discovers that she now has a boyfriend. Tim goes back in time and discovers when and where they met, turning up early before the potential boyfriend arrives, and persuades Mary to leave with him instead. Their relationship grew, and Tim moves in with Mary.

One night at an event, he encounters Charlotte who now seems interested in him, but Tim turns her down, realizing that he is in love with Mary. He rushed back home and proposed to Mary and Mary agreed to Mary him. they married and have a daughter, Posy.

Katherine is a drunkard and her drinking habits lead her to crash her car on Posy\’s first birthday. As Katherine recovers, Tim decides to intervene in her life by going back in time to prevent the crash and averting her unhappy relationship with Jimmy. They manage to return to the present, where Tim finds Posy has never been born and he has a son instead.

James explains that they cannot change events before their children\’s birth and ensure that the exact child will still be conceived. Tim accepts that he cannot change his sister\’s life by changing her past; he goes back in time to allow the crash to occur, ensuring Posy\’s birth, and he and Mary help Katherine face her problems to improve her own life. when she got better, She settles down with Tim\’s friend Jay and had a child of her own. Tim and Mary have another child, a baby boy.

Tim learns his father has terminal cancer that time travel cannot change, as going back far enough would undo his relationships with Mary and his sister Katherine. and he is not willing to lose the relationship.
Tim\’s father dies, but Tim travels to the past to visit whenever he misses him.

Mary tells Tim she wants a third child. He is reluctant because it means he will not be able to visit his father again. Tim tells his father that he cannot visit anymore, and together they travel back to relive a fond memory from Tim\’s early childhood.
Mary gives birth to a baby girl, and Tim knows he can never see his father again. Tim comes to realize that it is better to live each day once, deciding from that point, not to time travel at all, and comes to appreciate life with his family as if he is living it for the second time.

TGIF: Have a fun-filled weekend with these thrilling movies

Relax and chill this weekend with this thrilling movies